I’m not one for “labour stories” – usually they are too-much-information and/or akin to hearing of a slow motion car crash. But my own is too profound to keep to myself.

This was for my fourth and final baby and the closer I got to the due date the more times in the night I awoke in terror over what I had to go through, I was scared of losing my mind in the delivery .

On my 5th day overdue, after some fairly intense fetal monitoring with the OBGyn I was booked for a “check up” (sparing some unnecessary info there) with my midwife who couldn’t do any of what she had planned, stating I “had trauma” and thought it best to leave any other intervention for in a few days and only if it was really needed.

This “check up” triggered me significantly and I began having flashbacks of childhood abuse by my stepfather, who as a veterinarian ‘cared’ for me when I was very ill with peritonitis and stood in exactly the same position as my midwife stood (though she had the best of intentions and was/is awesome).

In that position he violated me and stole something from me and separated me from the world. My stepfather did this for 2/3 weeks, not allowing my mother to take me to a doctor so he could have unrestricted access to me. In the end at around midnight my mother hurried me off to the local GP.

Straightaway I was rushed to hospital a very sick girl “a day away from death” the surgeon said after having removed half my stomach due to gangrene from a ruptured appendix.

These unwelcome memories were flooding me and I went home and cried all afternoon. I was feeling out of control and a “failure” unable to overcome my issues for my baby’s sake. 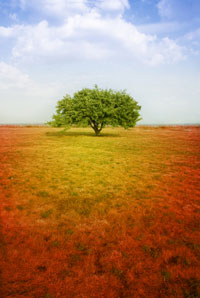 So, my husband called Diane, who called back early evening and after a brief rundown, asked me where God was for me.

Feeling so lowly, I expected him to not even be visible but I felt him and sensed him standing next to my bed immediately. He was with me and he was weeping with me, like really crying. I knew he knew what I had been through and it was on his heart. His tears I saw were for me – as if it were just yesterday that I had been abused – he had not missed a beat.

I felt so un-alone and surprised (thats embarrassing for me to admit). I felt him say to me “it will never happen again”. Di went on to take me through some more questions, guiding me to let him talk/show more, and I “saw” the baby move through me surrounded by some blue stuff, delivered and protected – the baby and I both, in a very peaceful way.

After the phone call finished, still crying yet feeling different I fell asleep. I awoke later feeling light and into the evening felt even lighter and at peace. I went into labour that night and it was intensely painful (maybe the most painful delivery I’ve had) yet through it all I felt joy (seriously) and no unbearable feelings which I had not experienced before in my first 3 labours. It was TOTALLY different.

This event has radically changed my perspective as for years I had harbored such a deep lonely loss and felt nothing could be done about it. Although it’s the first step of many, I see that God doesn’t forget our pain and just wants the opportunity to get in there and change stuff – and I am so grateful to Him. And to Di Divett for knowing his heart and applying her skills at that crucial time for me.